Premiere: Tim Vocals Shows Off A "Different" Side Of Himself With New Single

EVER SINCE I LEFT THE CITY YOU, YOU, YOUUU: "HOTLINE BLING" REMIXES, RANKED

Songs of the Week: 'Where Are Ü Now' Covers, Mac Miller, and the 'Unbreakable' Janet Jackson

Premiere: Tim Vocals Flips The Weeknd's "The Hills" into "The Pills"

Premiere: Tim Vocals "Somebody I Put The Beam On"

The resurgence of talented young musicians born and raised in Harlem isn’t limited to rappers: Tim Vocals is, a gifted singer & songwriter who first gained attention through his gritty YouTube freestyles, especially a weeded-up flip on Drake’s “Marvin’s Room” shot a cappella in an elevator with his boys acting as back-round scenery. His debut mixtape, Live from Harlem, showed the world that Tim Vocals is a musical force, who can approximate the transcendent tone of Michael Jackson, while painting a picture of the uncompromising streets he grew up in and the harsh realities of life.

After the initial success of Live From Harlem, Tim’s music career was put on hold as his troubled past caught up to him again, as he was not able to pull himself out of the Harlem streets where he was born and raised. While music was Tim’s true calling, the reality of the dire circumstances he faced growing up led to decisions that would result in Tim’s incarceration at the age of 13, it would be many years before Tim could answer that call, as he was in and out of jail into his early twenties.

With his legal troubles in the rear view, Tim could now focus on making music and taking new career to new heights. In May of 2015, Tim released the mixtape “Tim’s Up Hoe’s Down” which featured original tracks by Tim and remixes of the current top pop, rap and R&B songs, re-introducing the public to Tim’s ability to incorporate the street life into pop culture, smoothly with swagger and style.

Back in the studio full time, Tim completed his debut album R.N.B, which is being released by NEXT Records on November 13, 2015. In the advance of Tim’s forthcoming debut studio album Tim embarked on a month long promotional campaign, #TimTuesdays, where Tim released his version of Justin Bieber’s “Where Are You Now”, Drake’s “Hotline Bling” and The Weeknd’s “The Hills” and Major Lazer’s “Someone to Lean On”, teaming up with Complex and Vibe to premiere each release. The remixes stayed true in theme to the original but Tim took his listeners on a journey into his world with the refreshing honesty of his lyrics and the buttery vibrato of his voice.

With the R.N.B’s release just around the corner, the first single from the alum, I’m Different is being released on October 27th and being premiered exclusively on Vibe’s multimedia online platform. I’m Different is Tim’s coming home party and the quality of the music on his debut album lets the world know he is here to stay.

Tim Vocals stands in a building lobby, building a beat from chest pounds and finger snaps while his friends goof off behind him, and rewriting the Drake song from the ground up. 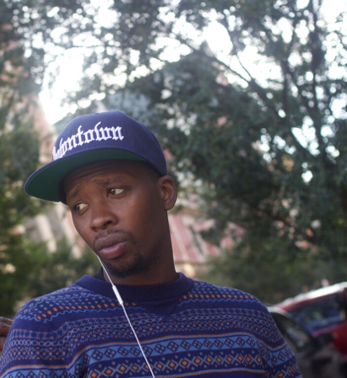